I reckon a lot of people think that silly means the same thing as stupid. How else do you explain our cultural disdain for silliness, especially as it pertains to music? Novelty songs, one-hit-wonders 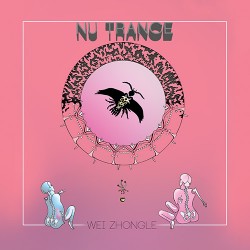 , zany, cheesy, light-hearted: these are words and phrases intended to belittle music that is the slightest bit silly. They are used to label it: stupid, dumb, moronic, ridiculous or any of a thousand other negative adjectives that help to diminish its musical worth. This is just wrong.

And why should this stigma apply to music when it doesn’t apply anywhere else? Take film and TV as an example. Two and a Half Men isn’t Monty Python’s Flying Circus, but they are both silly. However, only one is stupid. The same goes for Paul Blart: Mall Cop and The Blues Brothers. But when it comes to music, it seems that most people think that silly music is just, well, a bit stupid. I say that enough is enough. I say that it’s time to embrace silliness in music. After all, where would we be without it? Can you imagine a world without ‘I Am The Walrus’? Without ‘Tutti-Fruiti’? Without ‘Rock Lobster’? Or what about without Frank Zappa or Devo or Ween or Funkadelic? Without Graveyard Train or Jonathon Richman or Spoonbill or Talking Heads or TISM?
It’s almost unthinkable. And I reckon that Wei Zhongle would probably agree with me – Nu Trance is both one of the best and one of the silliest records that I’ve heard in years.
It’s just so much fun. And goddamn, it sure is silly.

It’s got the lot; Wei Zhongle seem to have a huge metaphorical crate of toys to play with. Sometimes they use just three or four of them, sometimes it sounds like they’re all being played at once. You name it, it’s exists somewhere in the mix – delayed drum machines that seemingly originate from cheap keyboards, synthesiser lines that go around and around and around, whale-song drones that burble and bubble, weird noise walls almost textural enough to touch, electronic Sesame Street melody lines, tick-tock clicking-clock beats, loops loops loops, playful and out-there vocals that sometimes behave as just another instrument and sometimes seem to be singing in tongues, obscure world instruments filtered through fx-pedals, disintegrating soundscapes and out-of-phase delays, gentle moments of empty space, sudden barrages of sound that threaten and overwhelm…

It’s totally far out, as the kids would say. An example: opening track ‘A Gift’ is built upon a stop-start synth and guitar loop that feels like it was played on instruments made of elastic and behaves just like a little red engine: it tries to get there and tries to get there, and then crests the hill and begins again. Vocals come in: wordless and high-pitched and repetitive at first, theysoon “coo” and “ooh” and yoodle, as if they’ve been let loose by a child-like opera singer. The cacophonous blare of Captain Beefheart-style soprano saxophone shrieks occasionally tries to interrupt the bouncy, rubbery beat, but it never quite gets there, leaving a sudden and overly-distorted noise wall to almost steamroll the fun.

And this is just the first track.

I would go on, but I really don’t want to spoil the party. All I’ll say is that Nu Trance is absolutely incredible. It’s so much fun, so silly and playful and positive and up-beat. It’s major key, not minor. It’s sunshine, not storm clouds. It’s up, not down. It’s delightful and airy and entertaining and completely original. And you need to get a copy, now.